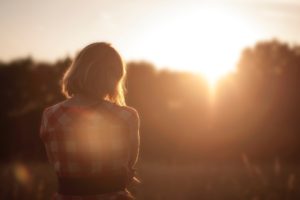 Did you know that St. Louis rates at the top of positive cases of STIs, specifically for cases of chlamydia and gonorrhea? The Center for Disease Control (CDC) has ranked St. Louis at the top for several years in a row.

Chlamydia and gonorrhea are serious infections that can cause major health problems if left untreated, including infertility in both men and women. Sadly, many are not aware that they have the diseases because there are no initial symptoms. Thankfully, many can be tested together! For example, gonorrhea/chlamydia is one test, while syphilis/HIV is another test. Along with gonorrhea and chlamydia, syphilis is another infection causing no initial symptoms, perhaps even for years. Because of that, many people with STIs may not even know they have one or more! Are you one of those people? If you have been sexually active, you need to be tested.

The CDC recommends that people should get retested every year to make sure that you are still STI free, because it is such a serious health issue and can impact both men and women’s reproductive health for years, possibly causing infertility. Both gonorrhea and chlamydia can cause PID (Pelvic Inflammatory Disease) in women, which is a serious health problem that affects a woman’s reproductive health system. Having any STI can increase your risk of contracting HIV if you are exposed to it. HIV leads to AIDS which is deadly.

Don’t Pass it On

Another reason to get tested for STIs is that you can pass them on to someone else without knowing it. Since it is possible to be unaware of having an STI, you could unintentionally passing it on, causing it to spread further and accidentally hurting others. The person you gave you the STI might not have known that he or she was passing it on, accidentally hurting you, so it is a positive step to get tested to make sure that no more STIs are being spread.

Will you be one of those? At MyLife, we test for those STIs, and even more. We test for gonorrhea/chlamydia, syphilis/HIV, Herpes 1 and 2, HPV, Trichomonas, the Candida Vaginitis Panel and the Bacterial Vaginosis Panel. For treatment, we can give medication at the center or prescribe it to your preferred pharmacy. While some test are simply urine, others require blood draws and some are even cervical swabs. While some are free, others carry a small lab fee, but insurance often covers the cost. Check out our STD/STI page for more information.

During the months of January to August in 2018, Jefferson County (where MyLife is located) had:

While St. Louis County had:

Those numbers are just for the first 8 months of 2018 are just in Jefferson and St. Louis County, not including the rest of Missouri. The high numbers show that is essential to get tested even if you don’t have any symptoms. You still could have an STI and unknowingly pass it on to someone else and damaging your health. Many STIs are treatable and treating them as soon as possible is important limiting the damage of the STI.

For more information about STD/STIs, visit CDC’s website or health.mo.gov

Please call/text/email for an appointment

Everyone was so helpful!

This office is much better than a doctor’s office. Very warm and inviting.

They really listened to me!

My advocate was so much help to me. She helped me get things a little straighter in my head.

I walked in there thinking my world was about to end. She helped me see things in a different way and that really helped me.

These folks are wonderful to work with.

I liked it here so much I’m coming back next week!

I thought these parenting classes were going to be really boring. I can’t believe how much I learned!

I started using the 1-2-3 Magic discipline with my kids. I just can’t believe it actually works!

Thanks for being here for me. I felt like I was all alone with my crisis. Now I know where to go when I need someone to listen.

I don’t know how I could have made it without the help I have received here.

Thank you for letting me get clothes for my baby. I didn’t know how I was going to be able to afford to keep him warm this winter.

You guys are just awesome! I am blown away by the amount of support you have given me.

I didn’t know what all you folks did here but I was in need of STD testing. I am so glad I came here! I got way more than I was expecting. Thank you.

Today started off very dark and depressing. After my appointment at MyLife, the world has a much brighter look to it.

Every time I brought up a problem in my life, she [the client advocate] was there to help me work through a solution.

I just wasn’t expecting the friendliness of everyone. I was instantly treated like I was very important. I liked that, a lot.

I never felt like I was judged for anything from my past. And, I know I can come back here no matter what decisions I make in my future.

Now, I feel like I have the power to make the right decision for me!

-Anonymous
The best is yet to come.